Our proposal was supported by European XFEL! 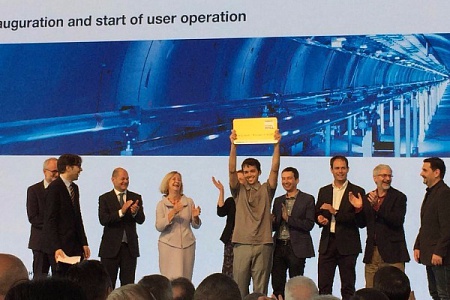 European XFEL, the largest and most powerful X-ray laser in the world, was officially inaugurated on the 1st of September in an international event with musical and enlightening highlights. Research ministers and other prominent guests from across Europe joined the European XFEL Managing Directors to officially start the research operation of the facility with the first two experiments.
Our scientists Alexander Guda and Grigory Smolentsev were among the first XFEL users whose proposal was selected. They experiment is strarting September 28 at FXE beamline. It is aimed to investigate dynamics of metal-organic complexes of copper - novel materials for organic light-emitting diodes (OLED), by means of X-ray emission and scattering with femtosecond time resolution.